In July 2021, District Metals acquired 100% of the Gruvberget Property located in the prolific Bergslagen Mining District of south central Sweden from Explora Mineral AB.  The Bergslagen is known for world class polymetallic mines such as Boliden’s Garpenberg and Lundin Mining’s Zinkgruvan.  The size and scale of these mines has only been revealed within the last two decades through a better understanding of the associated polymetallic VMS/SedEx mineralizing systems, and through advances in drilling and mining technology.

Gruvberget is an advanced exploration property with the following highlights: 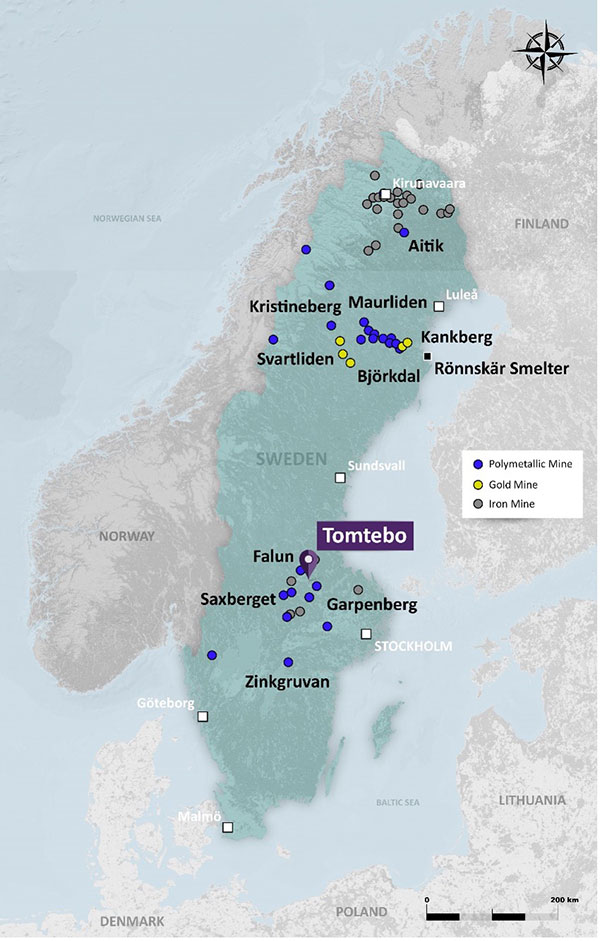 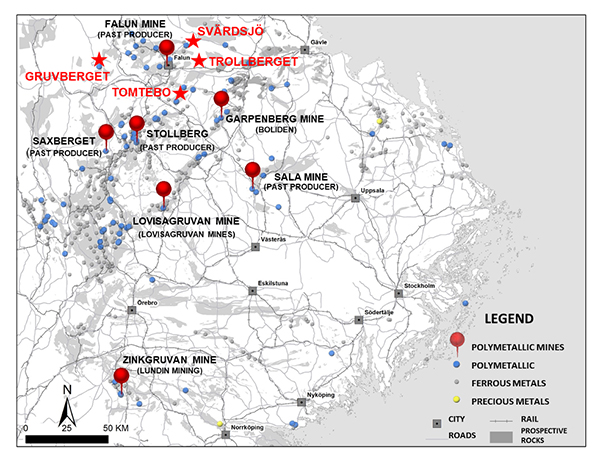 Note: The nearby mines provide geologic context for District’s Project, but this is not necessarily indicative that the Project hosts similar tonnages or grades of mineralization. 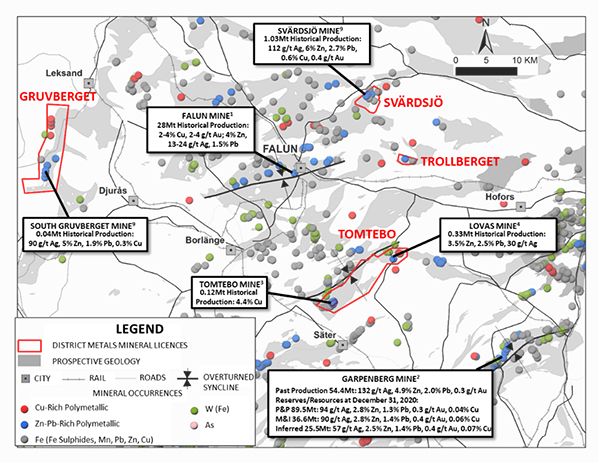 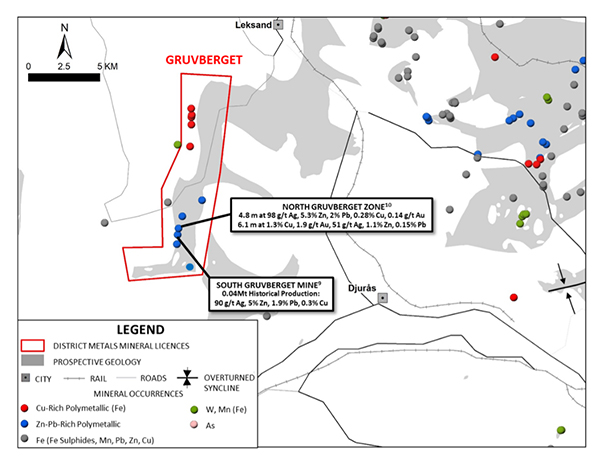 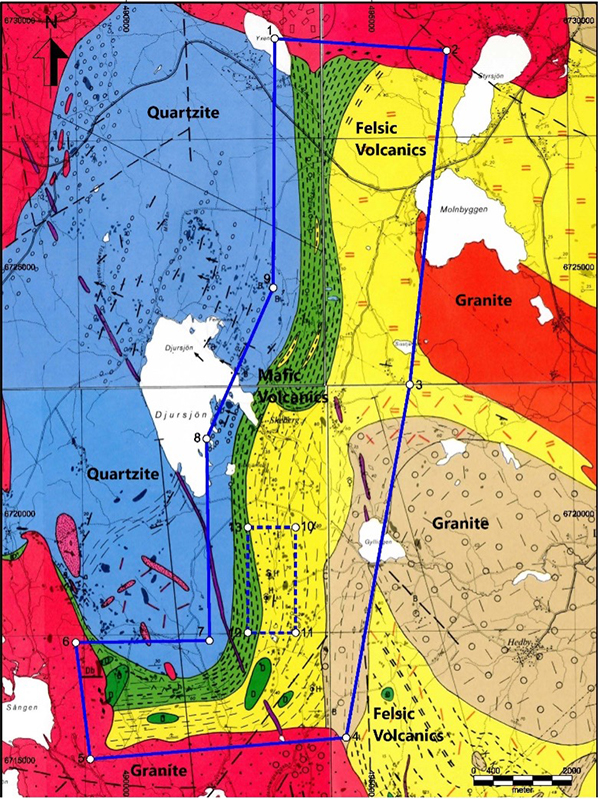 The Gruvberget South zone was discovered by Rickard Bredenberg around 1900, which was followed by test mining and diamond drilling to shallow depths.  The Property lay dormant until an agreement with Dalagruvor AB was reached to commence open pit mining to a depth of 30 m, which occurred in 1989.  Extraction of 40,000 tons of polymetallic mineralization grading 90 g/t Ag, 5.1% Zn, 1.9% Pb, and 0.3% Cu was transported to the Falun plant for mineral processing.

From 2001 to 2008 Tertiary Minerals Ltd. completed induced polarization and ground magnetics over the South and North zones at Gruvberget.  Tertiary completed approximately 300 m of drilling in three holes close to the South zone, and results were not disclosed.

Wiking Mineral AB controlled the Gruvberget Property from 2008 to 2018 where they flew a heliborne SkyTEM electromagnetic and magnetic survey that identified the conductor associated with the northern part of the North zone.  In 2011, Wiking completed 2,200 m of drilling in 15 holes at the North zone, which delineated significant polymetallic mineralization over a strike length of 550 m and a vertical extent of 160 m.  The North zone remains wide open at depth, and partially along strike. 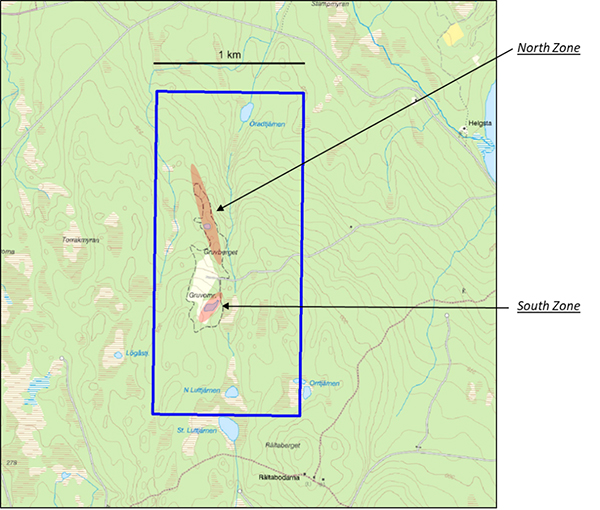