In June 2020, District Metals acquired 100% of the Trollberget Property located in the prolific Bergslagen Mining District of south central Sweden from EMX Royalty Corp. (TSX-V:EMX).  The Bergslagen is known for world class polymetallic mines such as Boliden’s Garpenberg and Lundin Mining’s Zinkgruvan.  The size and scale of these mines has only been revealed within the last two decades through a better understanding of the associated polymetallic VMS/SedEx mineralizing systems, and through advances in drilling and mining technology.

Trollberget is an early stage exploration property with the following highlights: 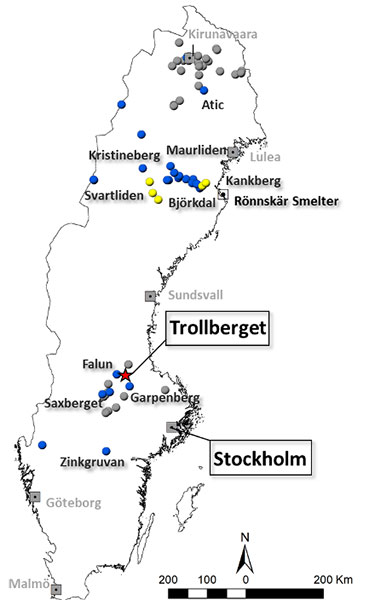 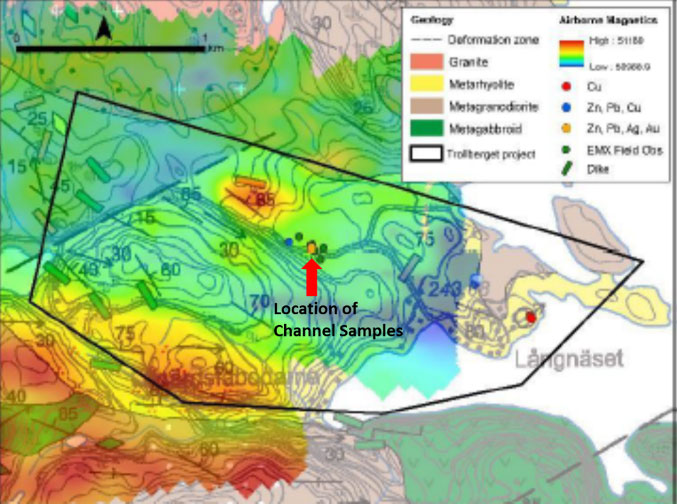 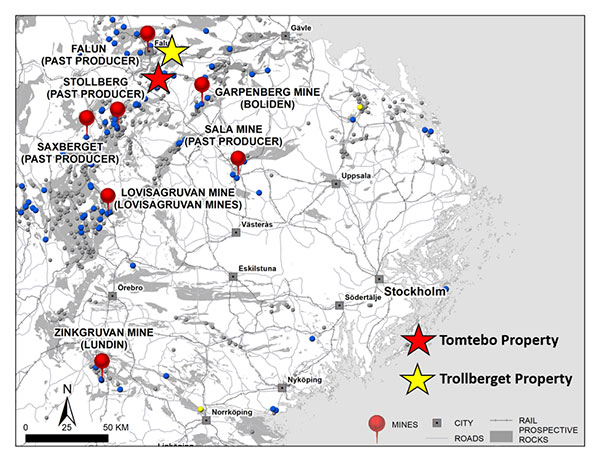 Outcropping VMS-style mineralization occurs in the center of the mineral claim, and several other base and precious metal showings are present on the Property.  Two historic drill collars have been located by EMX Royalties Corp. in the field, but they do not appear in the national drilling database for Sweden, and their significance remains unknown. The drill holes are presumed to be from the 1950’s era, based on other information. The mineralization exposed at Trollberget remains open along strike.

In 2006, the Trollberget Property was flown with SkyTEM (airborne electromagnetic survey), which at that time only had a depth penetration of approximately 200 m.  The 2006 SkyTEM survey identified conductive anomalies that have not been drill tested.

In 2007, two channel samples located 25 m apart were recovered across the outcropping VMS-style mineralization, and returned: